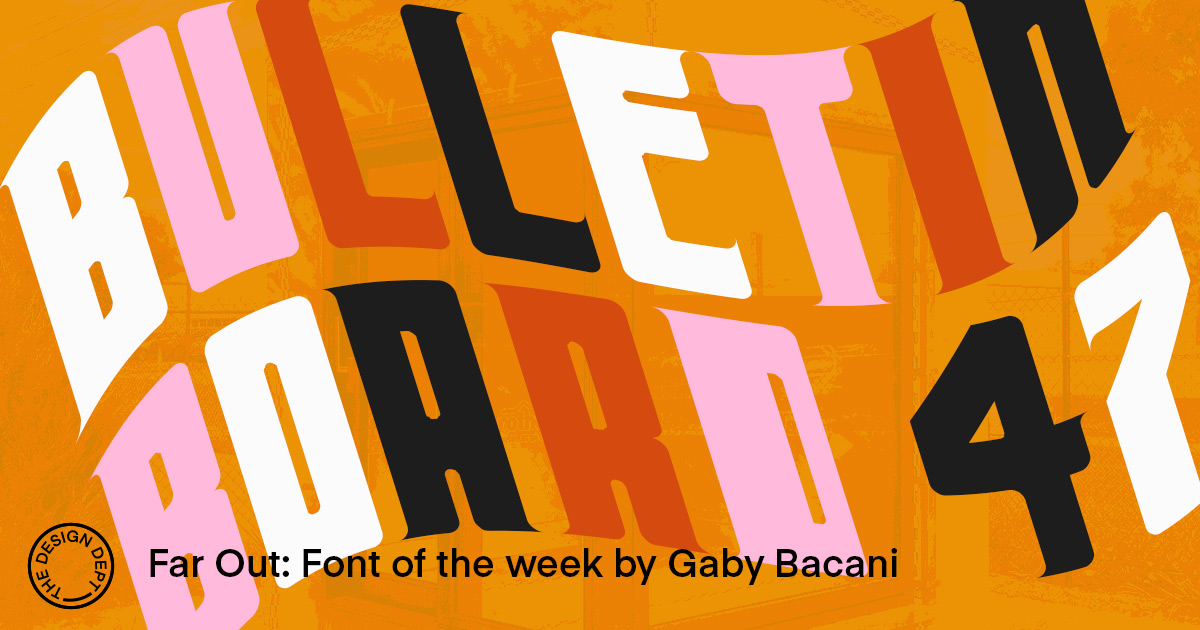 This week I’d like to tell you a story that isn’t entirely mine. My husband Matt is the lead actor and I’m more of a ‘best supporting actress’. It's a very personal story that I got permission to tell however it must be noted that I’m telling this tale from my understanding of events as they unfolded. For legal reasons names have been changed but I assure you: this is as real as it gets!

Let me start at the beginning… Matt spent his 20s working the family business conducting fire safety inspections on buildings. Lots of these were on new building sites and Matt was extremely disheartened by the amount of waste that buildings created. Even on small domestic builds there is so much waste - polystyrene from concrete slabs - plastic from all sorts of packaging.

In 2014 Matt decided he’d had enough and wanted to go out on his own and develop a building system that would create NO waste as well as dramatically reduce the time it takes to erect a building. We packed up our cute little flat and moved into a factory in Williamstown - while the postcode was glamorous, the living situation was basically camping in a room above our office. We loved it! Matt had inherited a bit of start up money and he won some money on ‘Who wants to be a Millionaire’ of all things!

We had no idea and no business but it was fun. After a year we decided we needed more space and ended up moving to Ballarat where factory space was cheap and plentiful! Matt was really starting to refine the panelised building system at this stage. We were doing cabinetry work on the side to make ends meet - just. It was the period of extreme R&D. The design changed over and over again until a final design was reached then integrated on further 100 times!

In 2016 we purchased a tiny bit of land with the idea to build a show home and our first home using our panelised system.

We’ll in development some builder friends of Matts, let's call them Jack and Jill, had a project they thought the panelised system would work well with. We jumped at the opportunity! A very loose agreement was made that we would make the panels for their building for free if they paid for the materials - the understanding being that this was our first build so there would inevitably be hiccups but we needed a real build to test the system and show future clients our work.

Lesson number 1: Never ever do work for free.

The job started well but it didn’t take long for the hiccups to start … the timber for the panels took 4 months to get shipped from Germany! It was the first time for everything. Matt had to spend weeks negotiating international freight for oversized timber. Jack and Jill had other ideas about how the build should go that didn’t match with Matt ‘no waste’ vision. While this was happening we were still having to take on cabinetry work to pay rent.

As the build dragged out with Jack and Jill things started to get tough. People's expectations were not being met. Like any ‘new thing’ it's real world application leads to more changes to the design. One of the scariest things was the second hand foam machine we had to fill the panels. It looked like something from Thunderbirds and I still have a mini anxiety attack whenever Matt uses it. There is no manual for the 50+ year old foam machine so trial and error was the only way forward!

We had spent 18 months on the project and everything that could have gone wrong, had indeed done so. Since we were not getting paid for this job we had to take on other jobs that meant Matt had to split his time between projects. Bills were building up quickly and as were everyone's frustrations. Our real estate agent has sent so many ‘breach of lease’ letters I’ve lost count.

It all came to a head one day when I overheard Jill accusing Matt of being dishonest and lying about money they owed us. That was it. I was furious! This job may have gone pear shaped but that was uncalled for! I told her to get the fuck out of my factory.

Anyone who knows me would be able to tell you I don’t normally behave like that! Yes, I swear, a lot, but never in anger! I was so upset. This woman had no idea of the struggle we were going through to keep everything afloat - If it hadn't been for the incredible generosity of Matt's parents our entrepreneurial dreams would’ve been squashed years ago!

Funnily enough, things were going very well! Matt had nailed in the process for the panels and we had a factory FULL of massive wooden boxes that were ready to be filled for Jill's build.

In September 2019 we got a letter from Jills lawyers asking as for the immediate payment of $160K in damages. WTF.

Lesson number 3: Never underestimate how far people will go when they are pushed.

In October 2019 Matt had a magistrates court hearing. Luckily we got a really great (but very expensive) lawyer. Most of what Jill claimed was unfounded so we didn’t have to pay the full amount. I didn’t go. Matt's retelling sounds like it was one of the most horrible experiences you can go through. Jill’s lawyers were nasty and spent the whole time trying to discredit Matt. I will forever be in admiration of Matt's cool head. Other than the timeline going longer than expected, he had done nothing wrong. This was an experimental build after all.

Both parties were disappointed with the outcome, which is a good thing our lawyer said. We had to pay more than we wanted to (we had offered to buy the rest of the timber off Jill) but Jill didn’t even get close to the outrageous amount she had demanded!

We now had a factory fill of some else's house and another massive dept to pay. It was heartbreaking to say the least. We had a break over Christmas and went to NZ where I got to connect with my whanua which always makes me feel more powerful.

Lesson number 4: Staying connected with loved ones should always be a priority.

Then it was 2020. We have never been in so much dept and we now had to pay Jill $1000 a month on top of the rent we couldn’t afford! Matt is a firm believer in silver linings but this was tough and then COVID hit!

Matt and I had to have some really hard conversations. Ones that you're not really sure you can physically have because it’s really hard to talk to someone you love when you're crying. I wanted to let him know that I wouldn’t think any less of him if he wanted to quit. We can just shut up shop, he could work for his brother again and we can just pay our debt back like everyone else.

We had a building system that Matt had invested 5 years and 100’s of thousands of dollars into. It worked and it worked well. We decided then and there that we would dismantle all of the panels from Jill’s job and turn them into a small studio to showcase the building system.

As the pandemic got more and more serious and the ‘work from home’ rules came into action we realised that our building system is perfect for small backyard offices. As someone who has worked from home with kids I understand, more than most, how important separating your work space from your home life is. The new ‘working from home’ rule has 10’s of thousands of people working from spare bedrooms and kitchen tables. Moving forward many workplaces will keep this remote workforce so investing in a beautiful backyard studio will hopefully become a pretty attractive option for people.

And so Tiny Office is born. As I sit here typing this, I can see our first Tiny Office in our yard. Its beautiful, it has big double glazed windows, a beautiful ply interior, giving it a real scdenavian retreat feel. The slick black exterior makes it look like it should feature in a fancy architecial magazine. It makes me want to cry. Tears of joy. Tears of exhaustion. Tears of fear for the extreme dice we have just rolled.

It’s every last cent - no more super, no more deposit for our own house, no more takeaways, no more Netflix! It's all or nothing but I really, truly believe that this is the one. This is the direction that will resonate with people. We have learnt so much from our experience over the last few years. We have a greater understanding of our strengths and weaknesses and will use this knowledge to make better business decisions moving forward.

So please, if you know anyone who is in need of a backyard studio, someone who is at their wits end from having another zoom meeting in the lounge please forward on our details. The website (www.tinyoffice.com.au) is live and functional - Instagram (@teenytinyoffice) is probably going to be our main social stage so please start to follow us.

I really appreciate you taking the time to read this epic tale! It is very personal, but I also felt it's really important to share, especially as we launch Tiny Office into the world.

I also need to thank so many people. Matt's parents who have saved us countless times, friends who feed us and pepped us up, everyone who looks after our kids while we work, especially new friends (people we barely knew) who offered to take the kids during lock down so Matt could squeeze a few more hours of work in. You’re amazing. We are lucky to be surrounded by such wonderful people.

Lesson number 5: Ask for help and accept it when it's offered.

Lets just hope the old saying ‘with big risk comes big reward’ pays off and we can make a successful business out of Tiny Office or at least make enough to get Netflix back!! 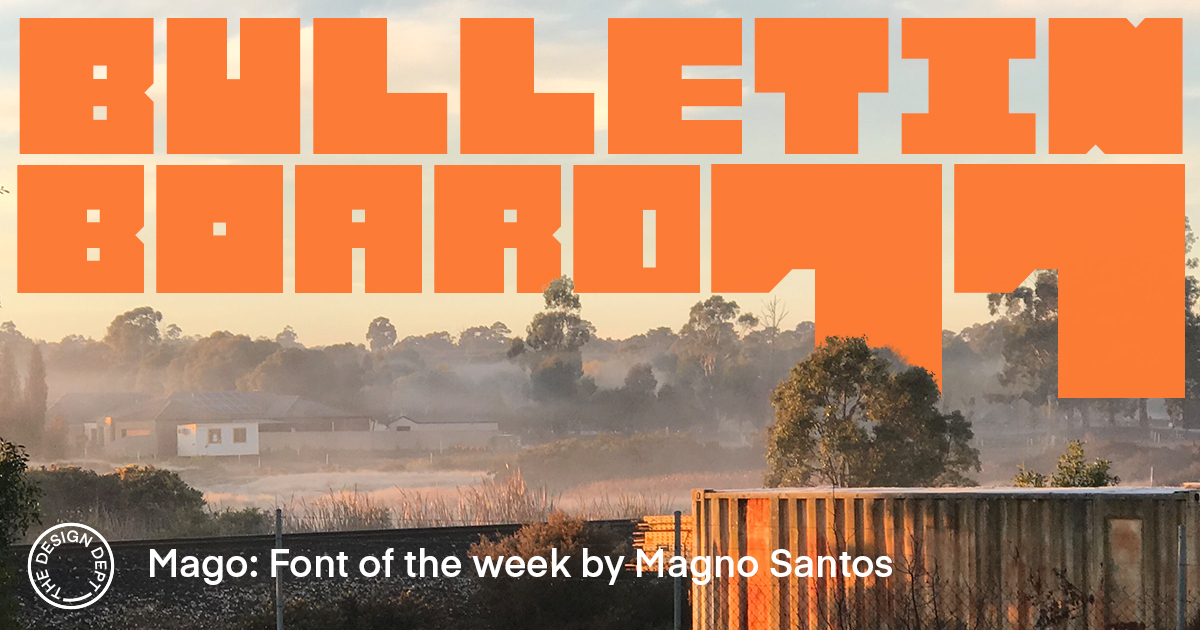 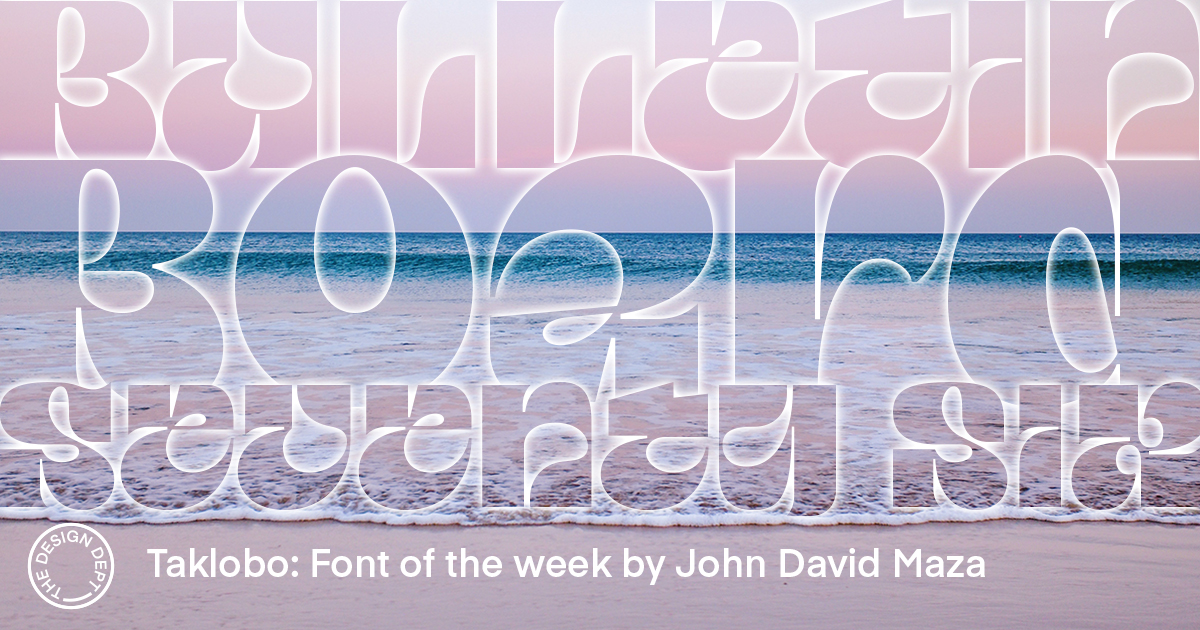 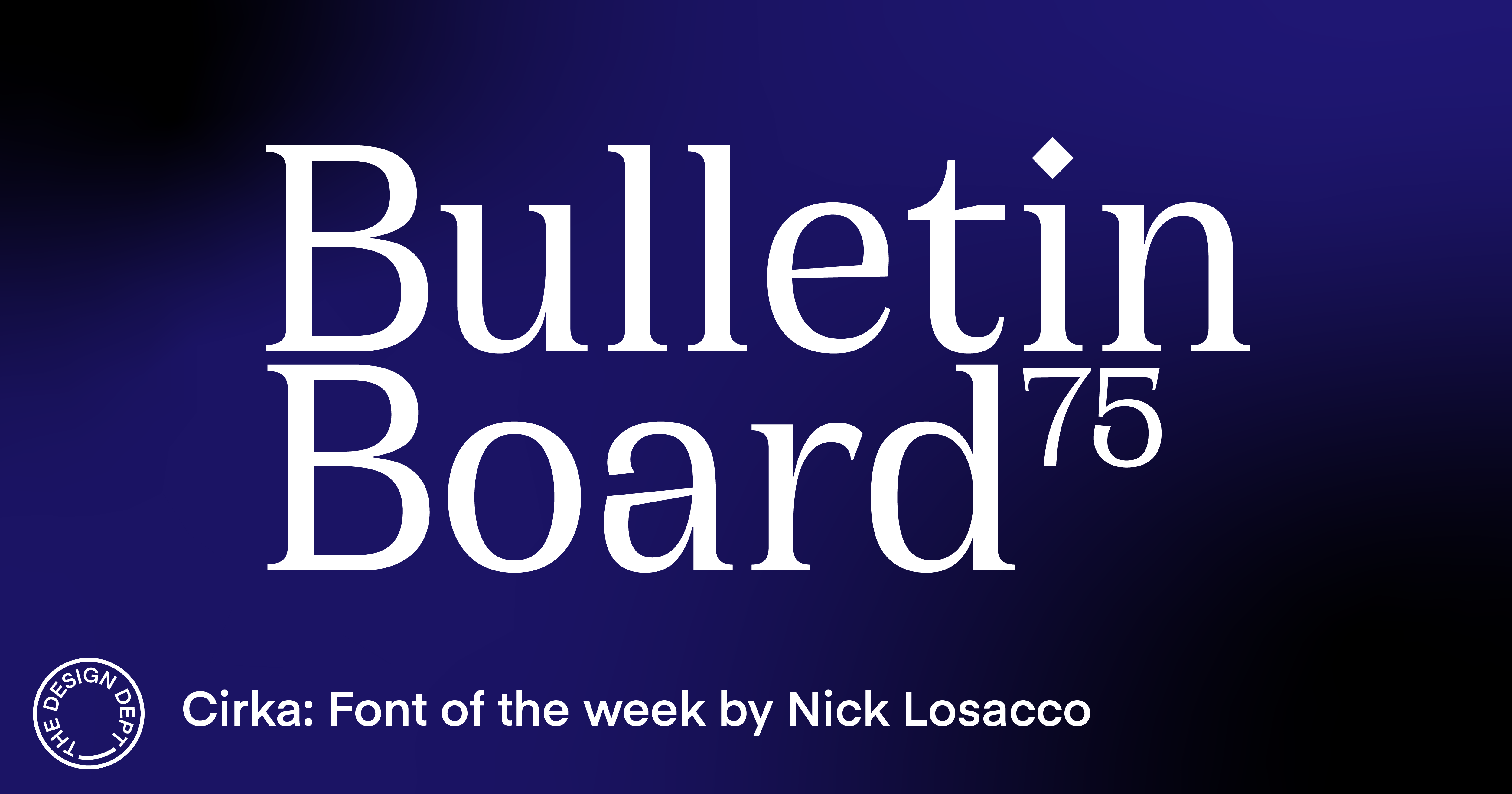 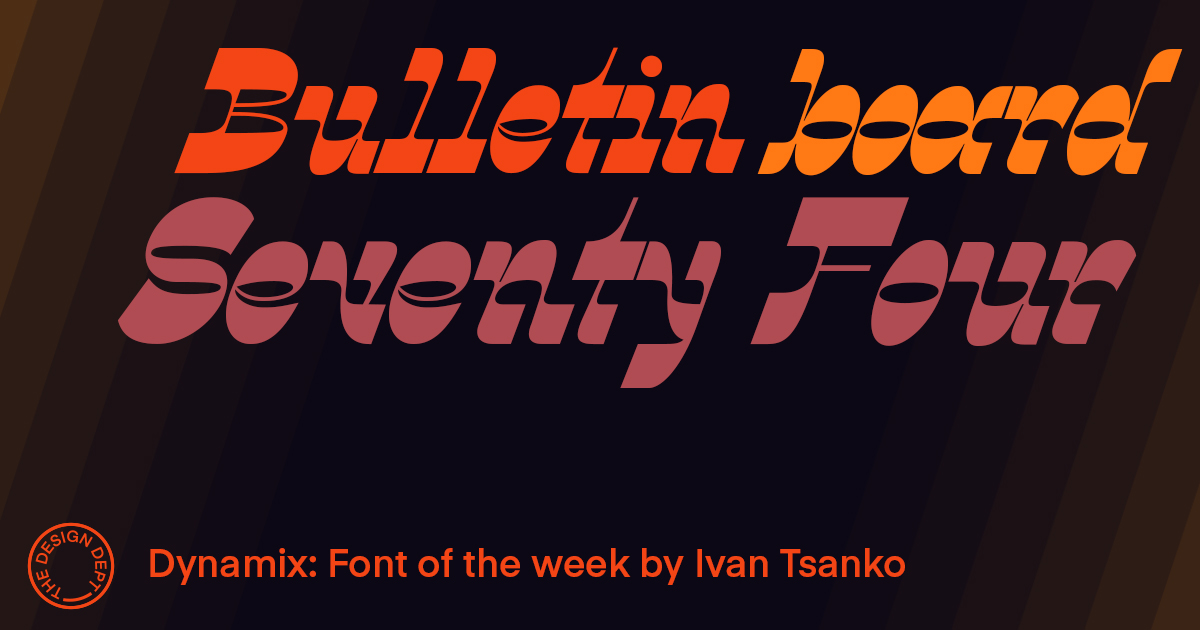